An interesting week of wide contrasts from one day to the next, from the depths of illness to, well, if not the sublime of creativity, a good hillock of creativity.  I prefer to get the bad out of the way, so here it is. My father fell about a month ago, giving himself a concussion and a couple of hematomas.  This week, he fell again, and ended up in the ICU overnight.  I am a thousand miles away from him (Google says 1,004, to be exact), so I feel rather helpless.  Topping it off was getting violently ill at work on Friday, which is very unusual for me.  I have not felt great all weekend, although I am no longer as ill as I was.  I do not think it is contagious, but I am not going to my writing group, just in case, which also makes me sad.

Enough of the bad, and on to the good. Thursday I gave a presentation at another college, which went well.  Almost the best part of the day was that instead of driving the interstate, I went on the Taconic Parkway, which winds through woods and mountains down towards New York City. It was nice to slow down to enjoy the scenery.

I also had a great conversation with Gabriela Pereira of DIYMFA about some of my struggles with writing, especially dialog.  She had some intense exercises for me to try, and some very helpful hints in addressing my perfectionism.  We also talked about my platform, which, as many of you know, since I have vented here often enough, has been difficult for me to rein in, handle, and work to my advantage. I felt I had a better sense of direction and more of an idea of where to expend effort.

As I have mentioned before as well, I am struggling with the whole social media thing as well. Lisa Hall-Wilson really got me thinking in this post. Although I am not guilty of most of the list, I do need to adjust some things on my platform.  I resolve to do better, and all of you can check my progress.

Finally, on my list of good things from this past week, I started to follow my own advice in the sponsor post that went up on Monday.  I started with the easy stuff, but that’s okay, right?  I have made some steps to declare myself a writer to all and sundry. The results have been mixed, but even so, I feel as though I’ve scrubbed theatrical makeup off my face, lighter and truer to myself than I have felt in a very long time.

So, how are all of you doing?  I have put responding to comments at the top of my list for this week, so let me know. I’m happy to sympathize or congratulate, as the case may be.

Please go visit the other RoWers here especially as we round third and head for the home base of this Round. 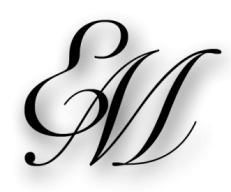